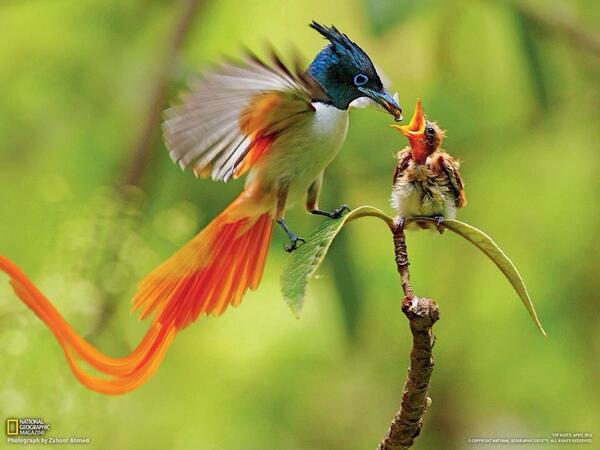 Years ago if you wanted to have great photographs of your family you had to hire a professional family photographer. These days many families still take that option, but many are also choosing to buy their own DSLR camera and try to take photos of their family themselves. But many are disappointed with the results because the photos they produce just lack that punch, that ability to captivate, entice and move the viewer. To help you take better photos of your family, I put together this quick 5-point guide.

1. Get Down To Their Level

Your brain is captivated by things it doesn’t usually see. And the usual way we see a toddler is from above. We are used to seeing the top of their head and sometimes their big grin (or teary face) looking back up at us. When you take a photo of your kid from this angle, your brain says “yup, I’ve seen this many times before” and quickly moves on.

To take photos of your kid which really grab attention, get down to the child’s level. If you’re not crawling around on the ground, you’re too high!  When I do family photo-shoots, I sometimes spend the majority of two hours we spend with the family crawling around on the ground. And for an extra challenge and to make your photos even more interesting, find a way to shoot up at your toddler.

2. Open Up Your Aperture

Aperture controls depth of field. And depth of field has a huge impact on the story which the photo communicates. By adjusting your depth of field, focusing on a particular point in 3-dimensional space and blurring the rest, you’re essentially saying: this is the important bit! This is where the action is! This is the star of this show.

Use aperture to isolate the most important parts of the photograph and blur the rest. This might take some practice, especially if you’re photographing more than one person. You might find that you have blurred a person you actually wanted to keep in focus. It means your depth of field was too narrow; just stop down your lens a little (in other words, make the aperture smaller) and try again.

As you’re learning to shoot with narrow depth of field, check your focus on the back of your camera by looking at faces of all people in the photograph at 100% zoom right after you take the photograph, instead of waiting to get home, uploading all photographs on your computer and finding out you’ve messed up all your photos.

A good photograph is not just a pretty picture. It’s a photograph which communicates. It tells a story! Once you master the basics of your camera and feel reasonably comfortable with exposure, aperture, shutter and ISO levels, you’ll be able to use your camera more intuitively and spending less time twisting different knobs and trying to mentally work out all the correct settings. This growth frees you up to think about less technical and more personal aspects of photography.

As you watch your family with your camera in hand, poised to take a photo, don’t think about taking a pretty photo. Don’t think about taking a photo which will look impressive. Instead, think about this: what’s the story here? If you were holding a pen and paper instead of your camera, what would you write about your kids in this very moment? Your camera is more closely related to a pen you probably realize. It’s not a picture-taking device, but a story-recording device. And there are stories unfolding before you in every moment; you just have to stop for a moment and hear them.

Your little kid or your partner will not reveal their story to you unless they feel like they can connect with you in that moment.

A lot of photos where people look nervous or rigid is actually the photographer’s nervousness, rigidity and inability to open up which is passed on to the subjects. I’m not into rules, but if there was one I’d have to single out as the most important one for taking great photos, it would be this: whatever you’re feeling the people you’re photographing will feel. And that will show in the photographs you take. Being aware of, and being in control of your emotions as well as your inner mental processes is an art in itself. And the best family photographers are the ones who have spent years mastering this skill.

You don’t need to embark on a journey of enlightenment, self-discovery, meditation and eating grasshoppers on a mountain in Tibet just to take a better photo of your family. But you can, for example, be aware that most people don’t like to have their photo for the sake of just being photographed. But people love to share what they’re passionate about and what interests them.

Before you pick up your camera, talk to your kids about their toys, their friends and their hobbies. At some point you can say “That’s such a pretty toy! Do you think I can take a photo of you with it so I can show my friends how good that toy is?” That will create a connection and a relaxed context for your picture-taking session.

5. Clean Up Your Backgrounds

What most people don’t realize is that each photograph has two elements: the foreground and the background. The foreground is something that everyone knows about because that’s where you usually place your baby, toddler, husband or the whole family.

The background is usually neglected. But it’s just as important because it’s instrumental in creating a composition which is pleasing to the eye. A background which is symmetrical, blurry (see the point above about aperture) and doesn’t have any people or stray objects is a classic which is used very often in family photography. When you’re taking photographs, look for naturally occurring and man-made objects which create that kind of background. It can be things like doorways, bridges, houses, trees and mountains.