Niagara Falls is the collective name for three waterfalls that straddle the international border between Canada and the United States; more specifically, between the province of Ontario and the state of New York. They form the southern end of the Niagara Gorge.
From largest to smallest, the three waterfalls are the Horseshoe Falls, the American Falls and the Bridal Veil Falls. The Horseshoe Falls lie mostly on the Canadian side and the American Falls entirely on the American side, separated by Goat Island. The smaller Bridal Veil Falls are also located on the American side, separated from the other waterfalls by Luna Island. The international boundary line was originally drawn through Horseshoe Falls in 1819, but the boundary has long been in dispute due to natural erosion and construction.
Located on the Niagara River, which drains Lake Erie into Lake Ontario, the combined falls form the highest flow rate of any waterfall in the world, with a vertical drop of more than 165 feet. Horseshoe Falls is the most powerful waterfall in North America, as measured by vertical height and also by flow rate. The falls are located 17 miles north-northwest of Buffalo, New York, and 75 miles south-southeast of Toronto, between the twin cities of Niagara Falls, Ontario, and Niagara Falls, New York.
Niagara Falls were formed when glaciers receded at the end of the Wisconsin glaciation, and water from the newly formed Great Lakes carved a path through the Niagara Escarpment en route to the Atlantic Ocean. While not exceptionally high, the Niagara Falls are very wide. More than six million cubic feet of water falls over the crest line every minute in high flow, and almost four million cubic feet on average. 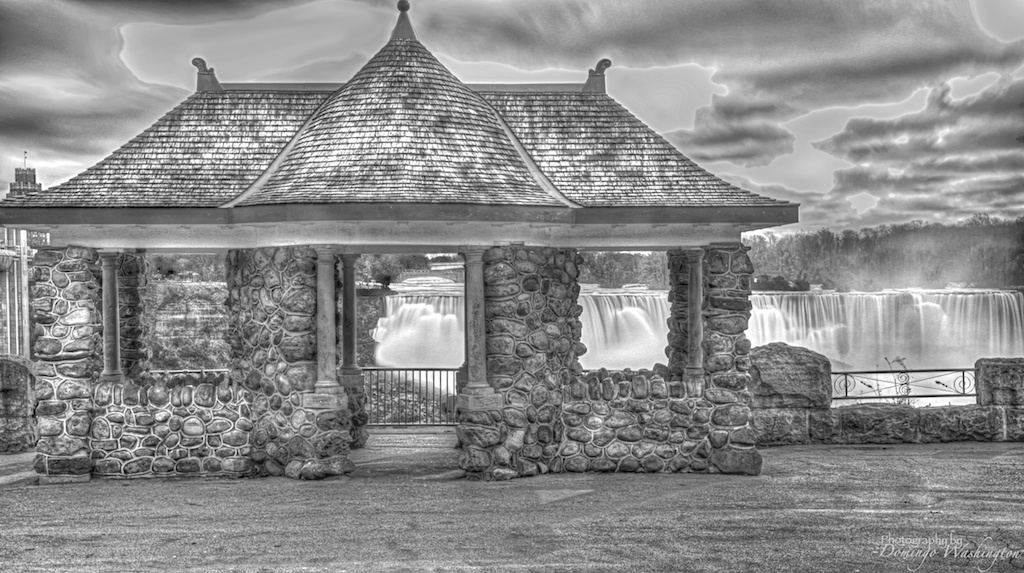 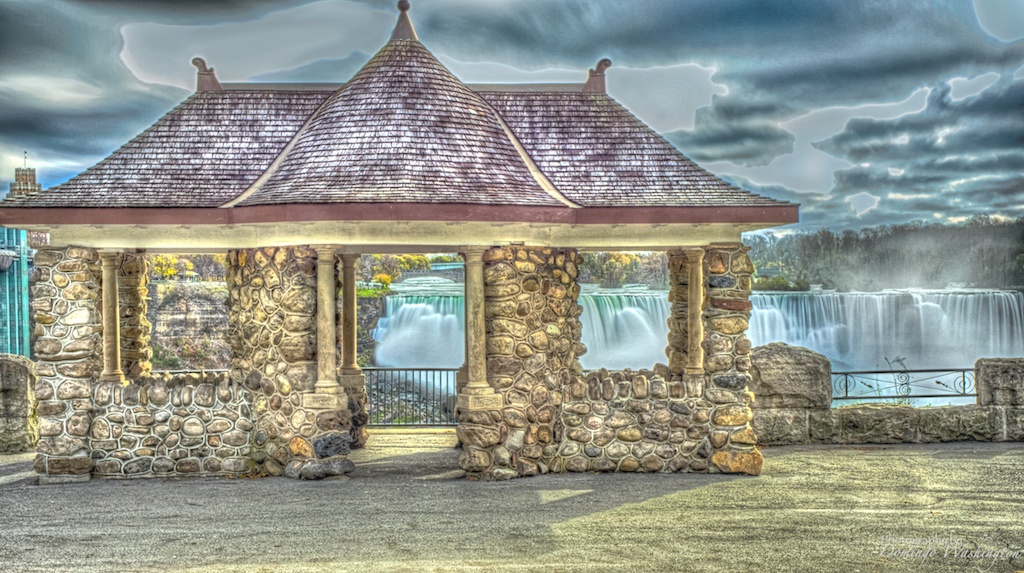 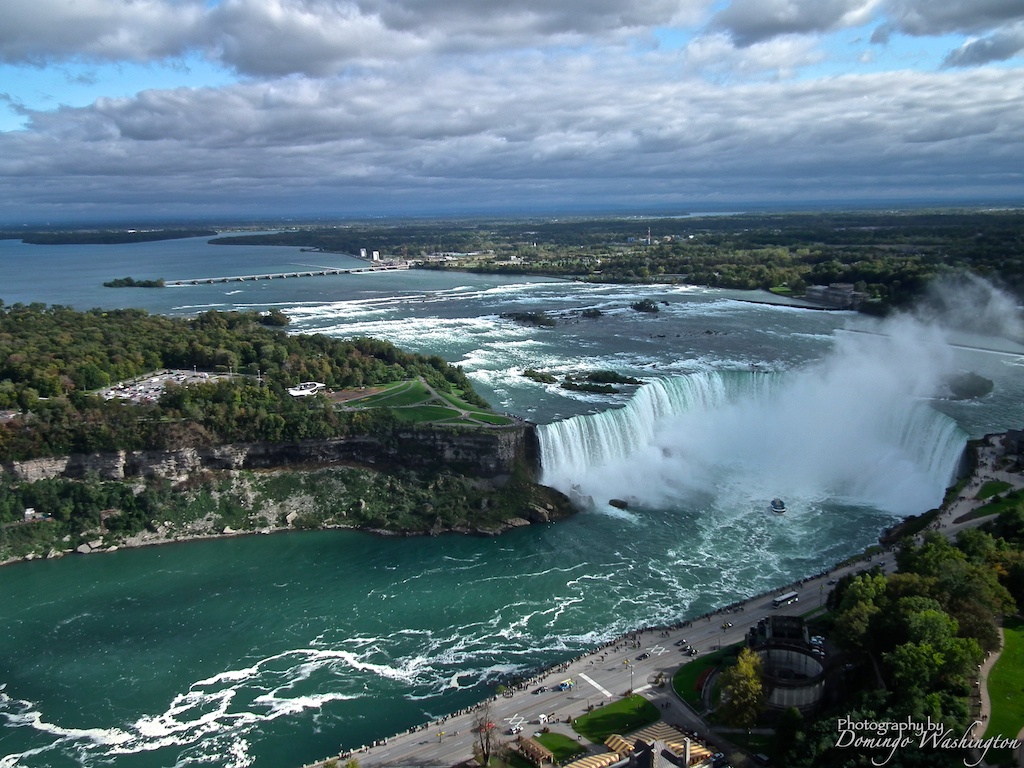 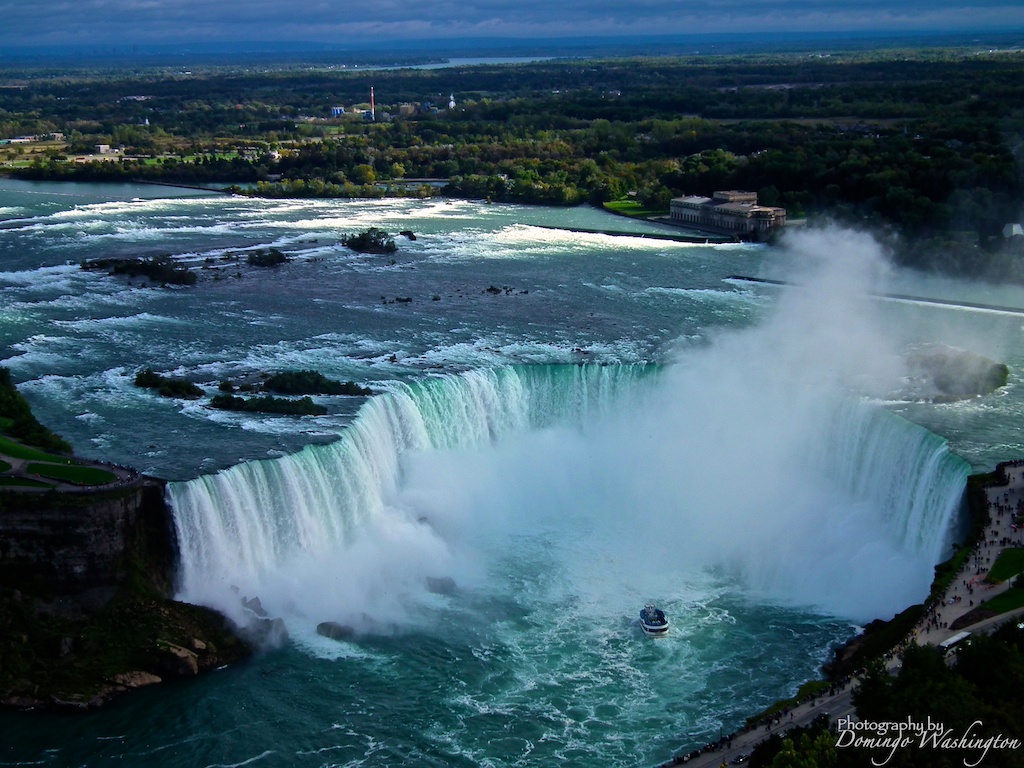 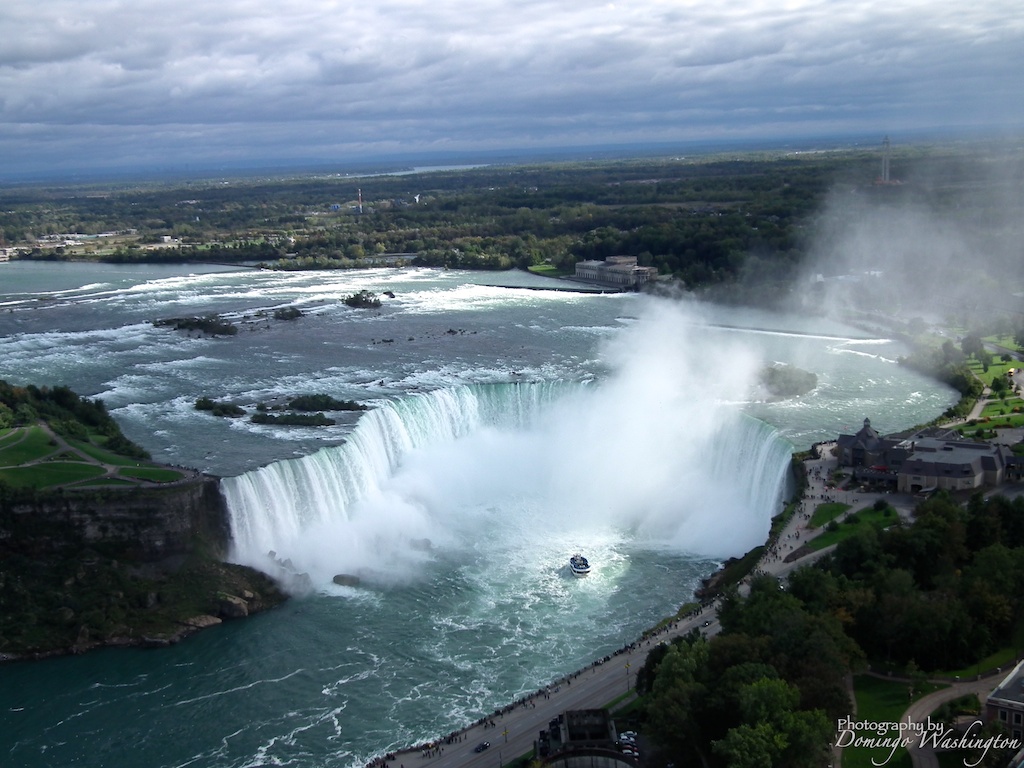 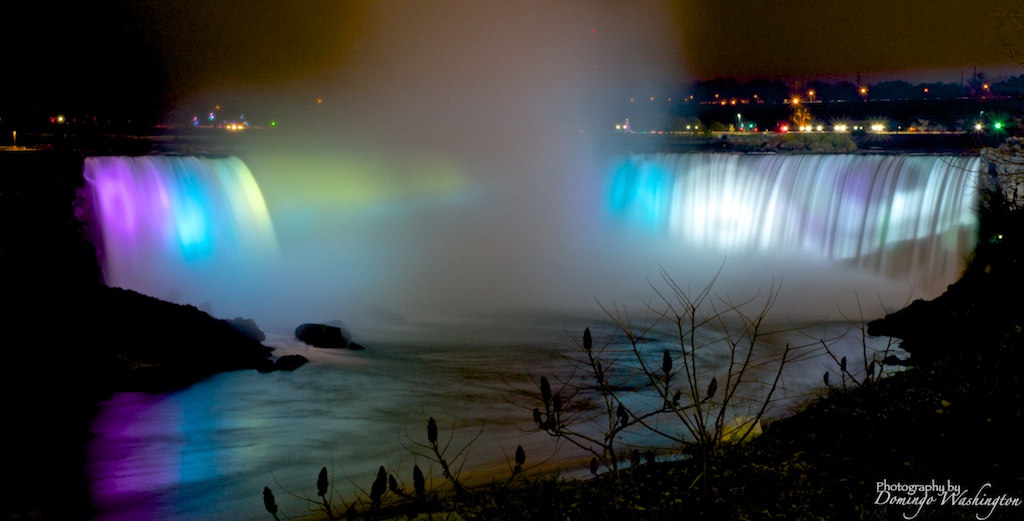 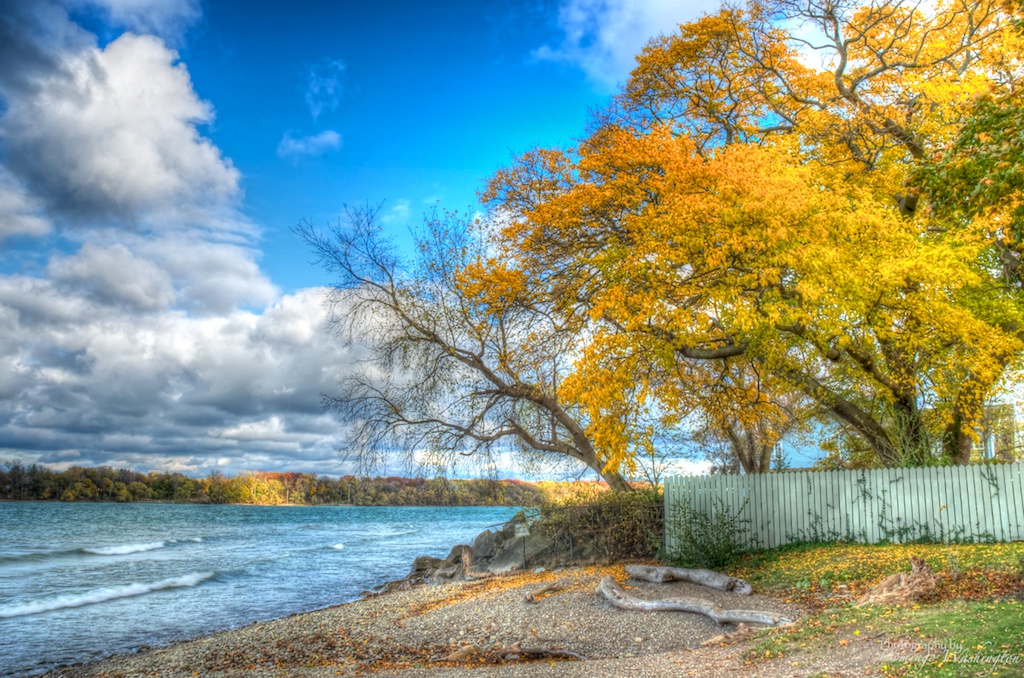 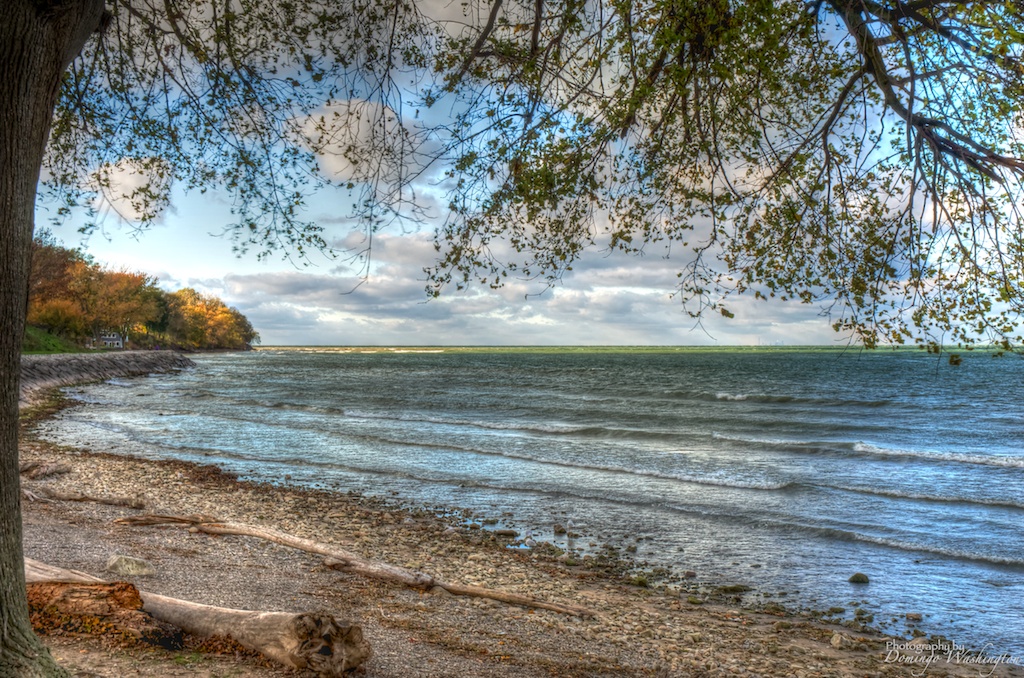 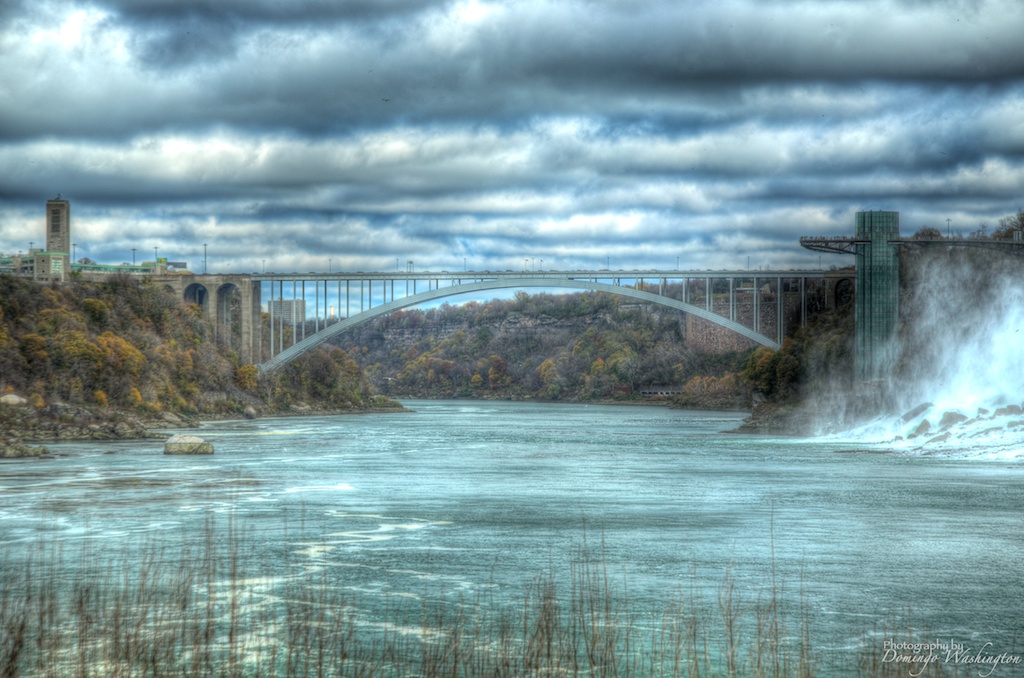 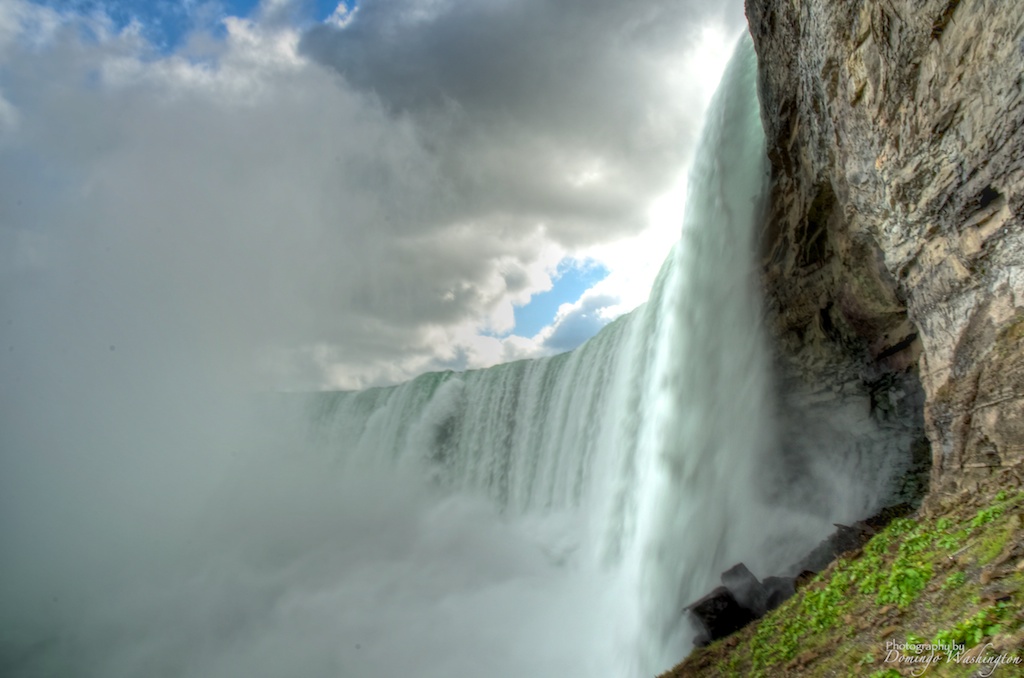 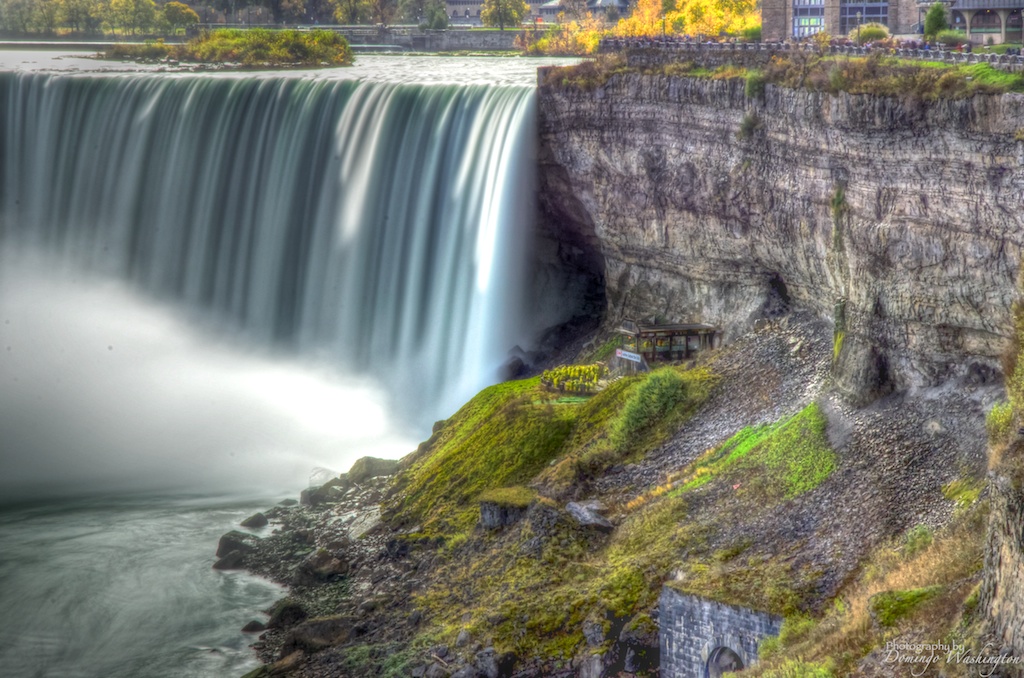 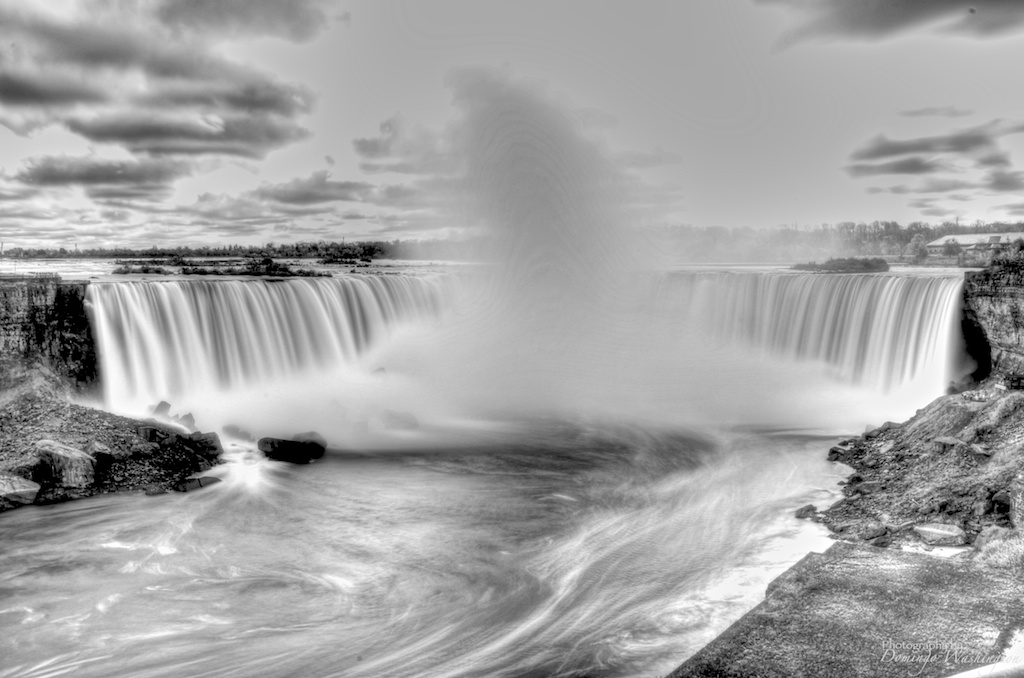 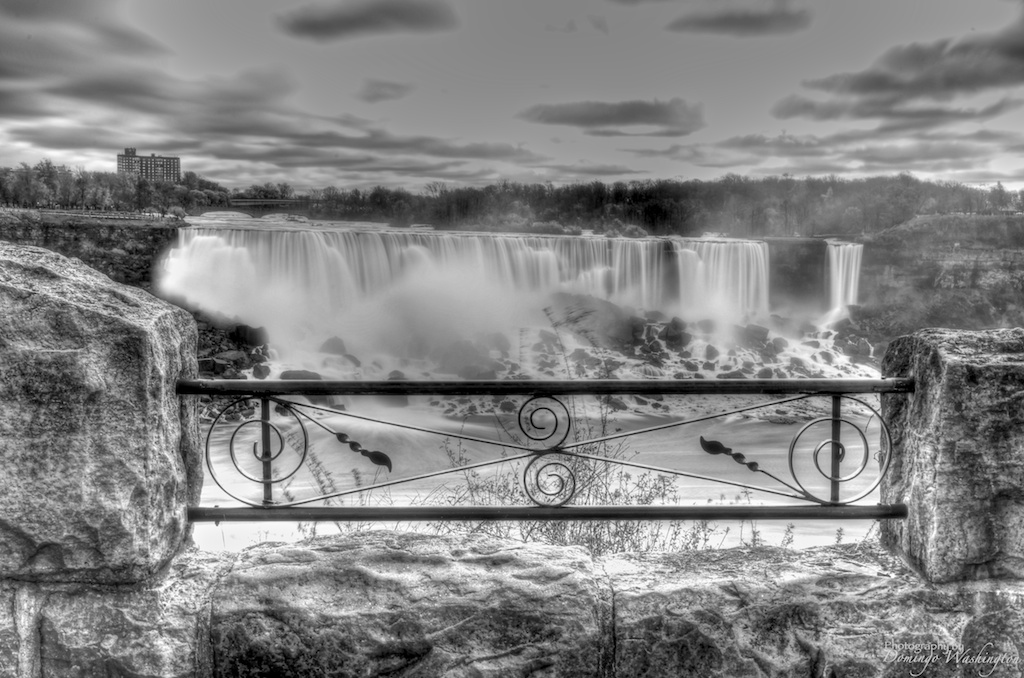 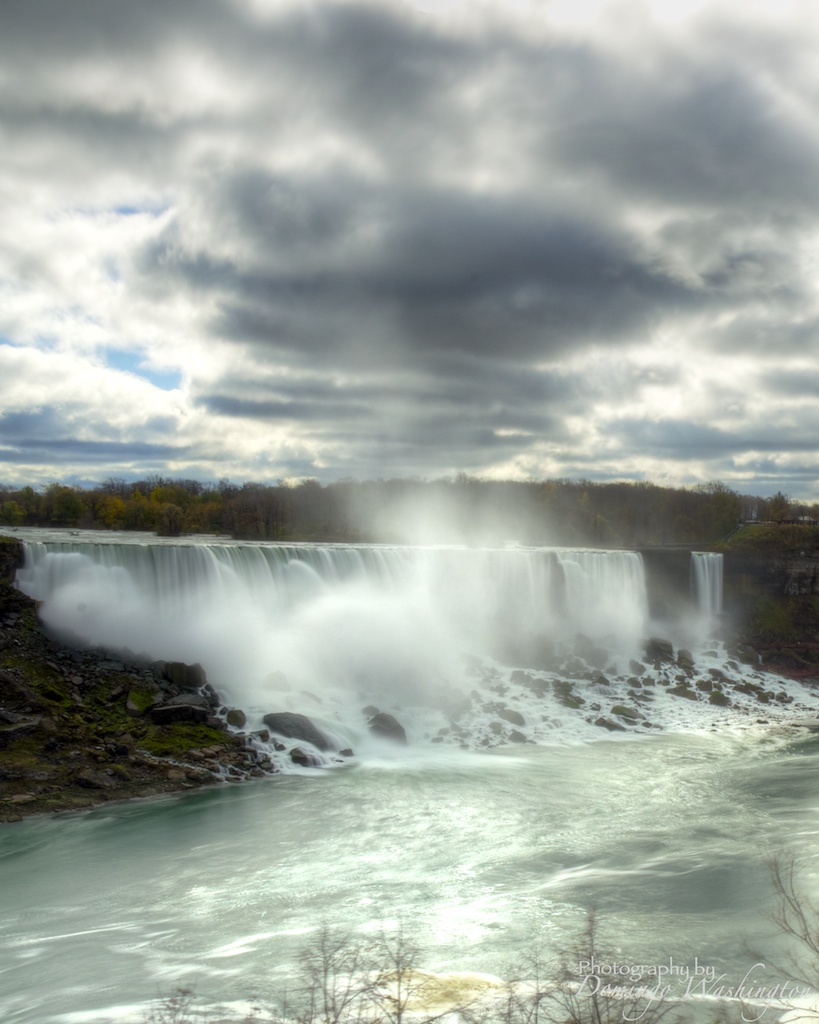 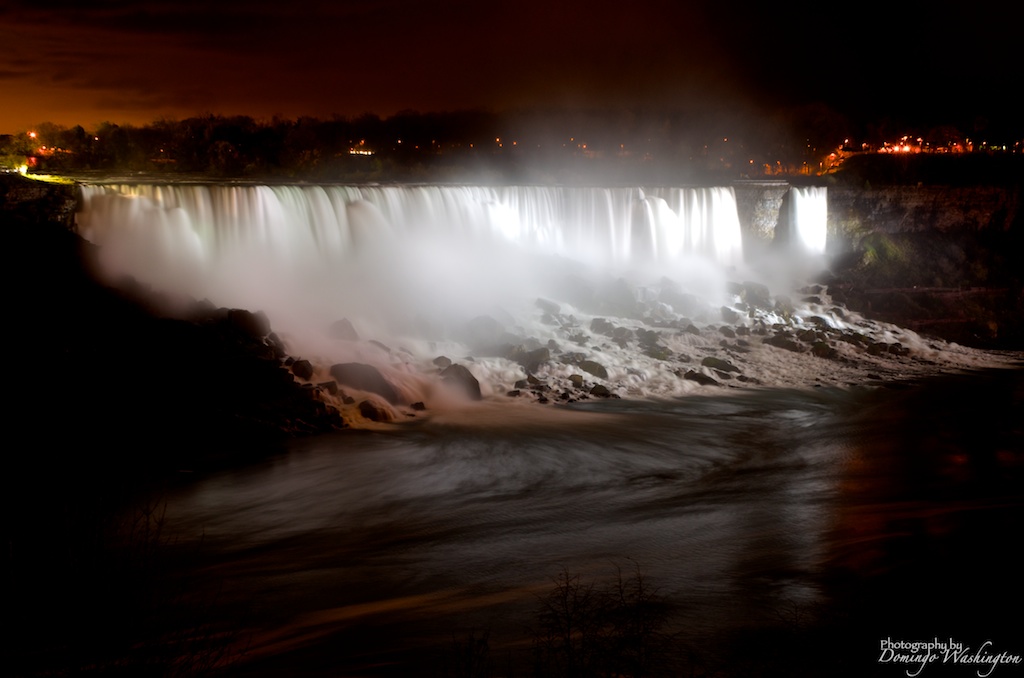 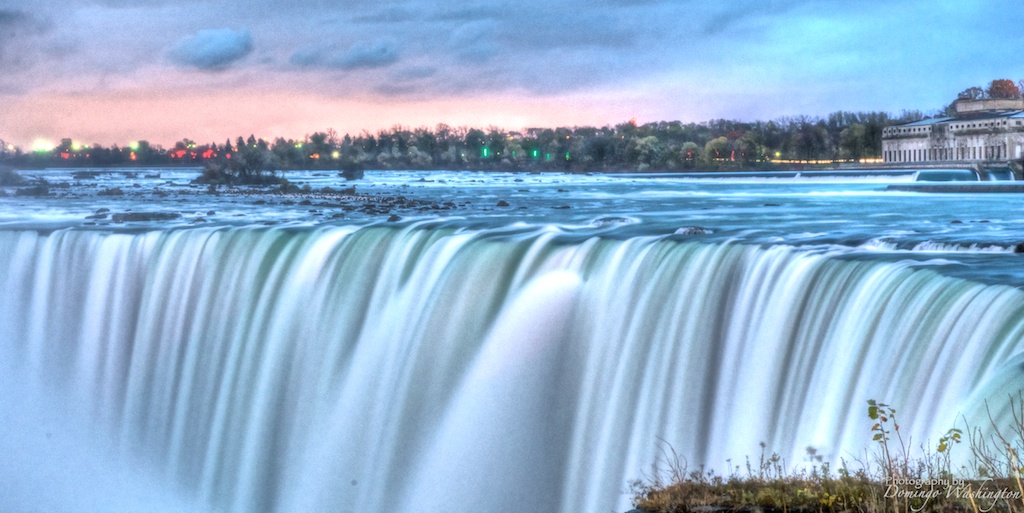 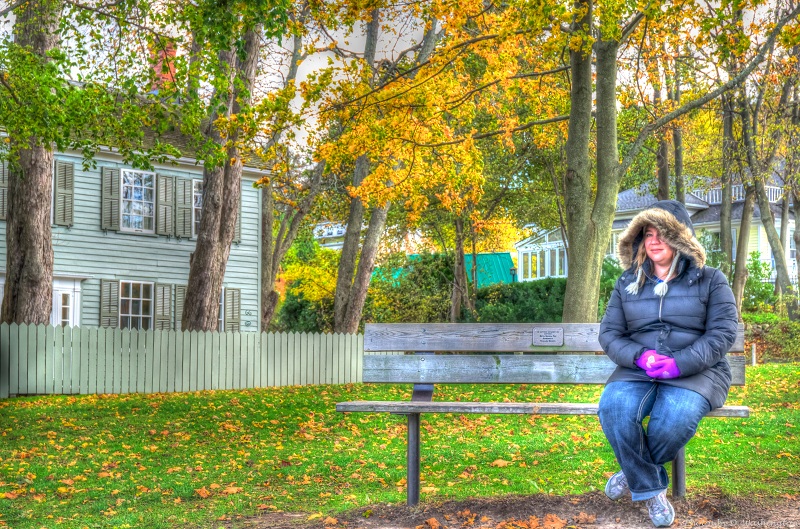 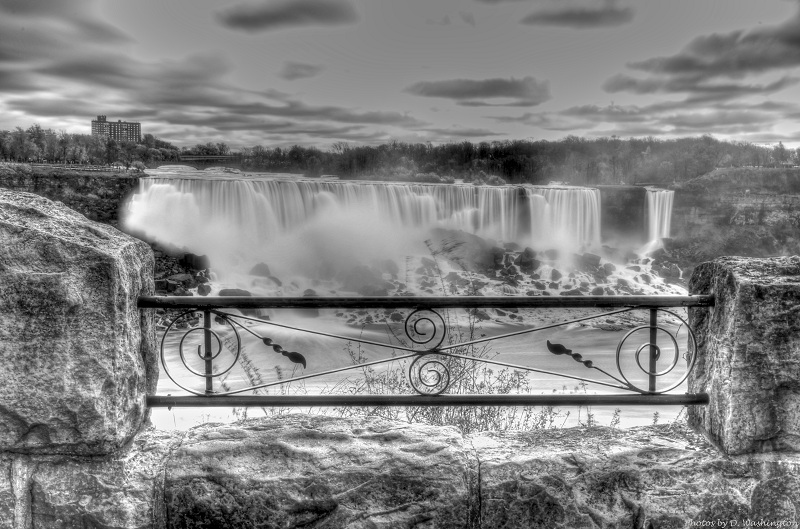 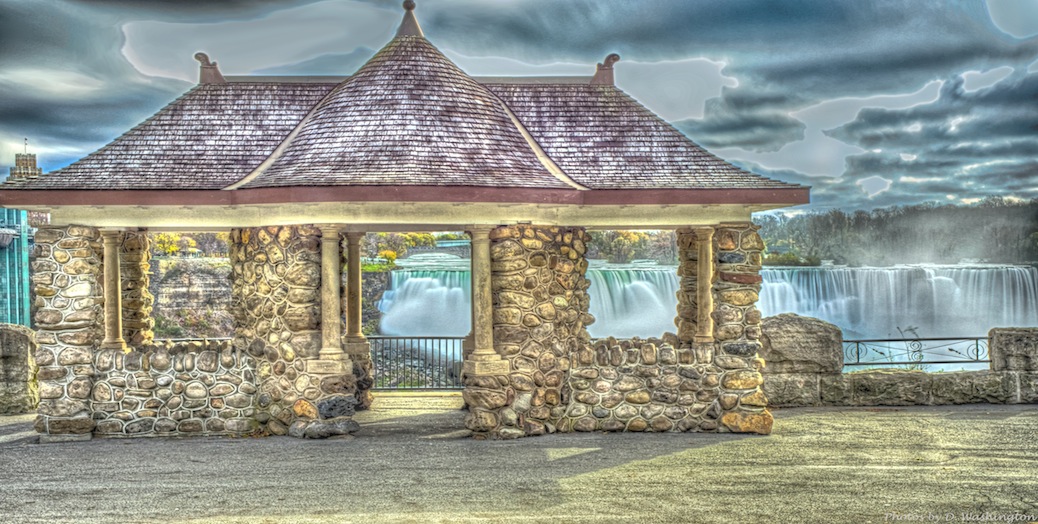