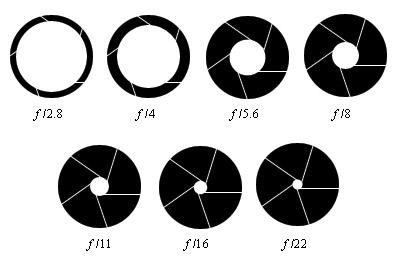 This tutorial is a supplement to my Understanding Exposure in 7 Steps article and completes my series on the exposure triangle. I’ve saved aperture for last because it can be difficult to understand without having the proper basics down. So if you haven’t, please read my previous articles to get up to speed.

Remember, the exposure process is the technical process of recording a “moment” of light. The total amount of light that is recorded is dependent on the three aspects of the exposure triangle. Aperture controls the opening of the lens diameter and dictates how much light is allowed to enter the camera and thus expose the recording device. Think of aperture as controlling the “flow” of light.

How is aperture represented?

Aperture values are represented as f-numbers (f/#), otherwise known as f-stops. Without going into the technical details, the f-stop is the focal length divided by the aperture diameter.

F-stops range from f/1.0 and below to f/22 and above. The chart below shows the values of standard full f-stops.  Each f-stop gives double the exposure amount of the previous value.  Depending on your camera, there may be f-stop values that are in half, one-third, or even one-quarter increments.

What confuses many people is the inverse relationship between the aperture diameter and f-stop value.

To help you get a grasp on this, remember that when you set the aperture on your camera, you are setting the f-stop. If you want a larger aperture, you must use a smaller f-stop. And vice-versa if you want a smaller aperture.

Putting it all-together we can say:

This is an important equation to understand. If you are confused by it, please re-read it until it makes sense.

The main effect that aperture has outside of exposure, is it’s effect on depth of field. This principle of aperture is where it really shines. Depth of field plays a major role in the artistic and creative side of photography. Here is what you need to know:

What is depth of field? 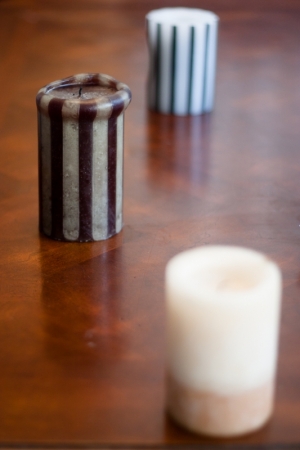 Shallow Depth of Field: This image was taken with an aperture of 1.8 to give shallow depth of field. The middle candle was in-focus. Note the blur of the foreground and background candle. 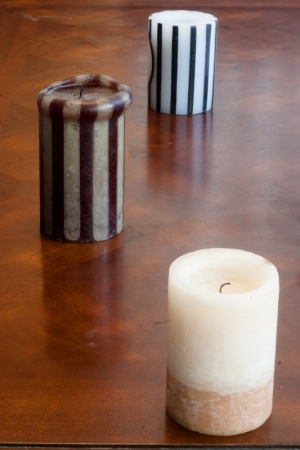 Great Depth of Field: This image was taken with an aperture of f/22 to give great depth of field. The middle candle was in-focus. Note the sharpness in both the foreground and background candles.

Bokeh. The parts of an image that are not in focus produce a blurriness known as bokeh. The quality of bokeh is produced by the lens, specifically the shape of the aperture. Bokeh can be described as good or bad, depending on it’s aesthetic appeal. Bokeh is a desired and appealing effect for many photographers, who strive to use “good” bokeh to their advantage.

Since bokeh is the blur caused by out of focus areas of an image, we can conclude:

Now that we know how aperture works and it’s characteristics, let’s see how we can apply this knowledge when taking a photo. There are two primary concerns you need to address when setting aperture.

The first question deals with getting enough light to properly expose your photo. Ask yourself, “do I have enough light?” If you find yourself in low light situations, such as indoors or an evening shot, you can use a larger aperture to allow for a greater flow of light. If you are taking a photograph of a scene with abundant light, then you can choose whatever aperture you please. The choice will be dependent on the next question. 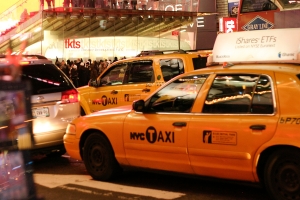 Times Square at Night: I shot this photo with a large aperture of f/2.8 to get an adequate exposure using only the available lights of the city.

2. Do I want shallow or great depth of field?

If you have enough light to properly expose a photo, the choice of aperture setting will depend primarily on whether you want shallow or great depth of field. Ask yourself, “how much of this scene do I want in focus?” 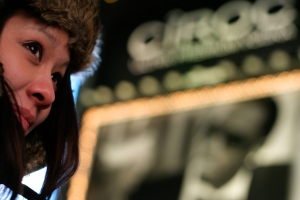 Tiff in Times Square: A large aperture of f/2.8 was used to get a shallow depth of field in order to blur the background and separate it from the subject. Note the soft bokeh of the billboard lights.

The more areas of the scene you want in focus (the foreground and background), the greater the depth of field you need; therefore, you will use a higher f-stop. If you want to separate your point of focus (subject) with the background or foreground and have some nice bokeh, then you will need shallower depth of field. In this case, you will set a smaller f-stop (larger aperture). 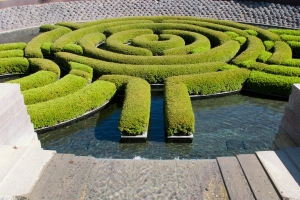 Getty Garden: This scenic shot was taken with an aperture of f/22 to keep as much of the foreground and background as sharp as possible. Many landscape shots are taken with a small aperture (high f-stop).

Uses of great depth of field

uses of shallow depth of field

I hope this tutorial enhanced your understanding of aperture and it’s use in photography. Aperture is a critical foundational skill that all photographers should understand.

Go out and practice using different f-stops in the field and see how it impacts both your exposure and depth of field.